Ascent Commerce Center is a Class A warehouse/distribution center on a 33.2-acre site at Tower Road and East 84th Avenue. The three-building, approximately $55 million development is within the Nexus at DIA master-planned business park.

Building 3 is expected to be delivered in the fourth quarter, while Buildings 1 and 2 are targeted for delivery in first quarter 2021.

All three buildings will be feature dock-high and drive-in loading, ESFR sprinklers and trailer storage/parking. 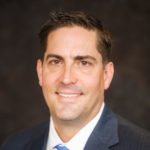 “I think it will be well received because of its flexibility and location,” said Dwyer, who expects the market to be on the road to recovery by the time the first building is delivered.

Ascent Commerce Center is located within metro Denver’s dominant, east industrial corridor. It is less than a 10-minute drive from Denver International Airport and to significant sort hubs for both UPS and FedEx. “Obviously, the airport is a massive driver of the economy, and so we like the proximity,” Dwyer commented.

The development is suited to a variety of e-commerce, distribution, and logistics users. The property will offer tenants easy access workforce, public transportation options and major highways. “As it gets more congested centrally, people are liking the idea of using E-470, I-76 and 225,” Dwyer commented.

“The Denver warehouse, entertainment, and housing markets are gravitating toward Denver International Airport,” he said. “Ascent allows users access to a variety of traffic routes, as well as access to the airport while capturing an exceptional volume of employees.”

Alliance Architecture is the architect on the development, and Brinkmann Constructors is the general contractor.

With LPC’s $5.4 million acquisition of the Ascent Commerce Center site last year, Nexus at DIA’s first phase, which consists of 223 acres, is nearly completed. McLane Foods and GE Appliances are among users with large distribution facilities within the park, which has benefitted from expansion of Tower Road to four lanes, including a new on ramp from Peña Boulevard, as well as “the overall growth of the I-70 corridor and lack of quality industrial land for sale,” McManus said.